Arifa unlatches the rusted metal door and collapses the umbrella she used to protect her olive skin from the arid sun. She beckons us inside. With bags and pillows hoisted over our shoulders, we squeeze sideways up the building’s stairs leading to her family’s apartment.

I had spent the last few days with a group of university students making house visits to refugee families in Turkey where we conducted audio interviews to share with churches back in the U.S. Arifa served as our translator as we listened to several harrowing stories of refugees who had to flee their homes due to death threats from ISIS. After a long day of translating and interviewing and, because we were from out of town, Arifa invited us to stay the night with her family.

Over her shoulder, she explains why they decided on this apartment and not one closer to downtown, where refugees usually live. Their place is farther out of the city and she needs to take the bus to the police station for her weekly fingerprinted check-ins, a requirement for all refugees in Turkey. This is not a short commute and she must structure her week around it. But the rent in this area is cheap. Markets are nearby. And it’s quiet. She’s thankful for a park across the street so her children can move and play during the long days at home.

Arifa’s children are not in school because they don’t know the local language, but also because Arifa doesn’t want to expose her children to the Islamic teachings prevalent in the local schools. There’s also fees, transportation logistics, and the inevitable bullying that comes along with being a foreigner.

In a break of polite small talk, Arifa confides to us she’s concerned about her youngest. “She’s getting chubby,” she says bluntly. We laugh internally at this, knowing that addressing weight is not taboo in Iraqi culture.

Sounds and smells float from each door as we move down the dimly lit hallway – a Turkish television blaring today’s news, babies crying, dishes clanking, the arrhythmic beat of a drum spilling out from a radio.

She raps softly on a door and we’re immediately greeted by a girl.

“I’m Nadia!” she announces before we’ve had the chance to step through the doorway. A smile widens across her face and she hops up and down, the anticipation of three overnight guests bubbling from inside her.

“Nadia’s English is perfect,” Arifa says to us over the bobbing head of her daughter. She places her keys on a hook near the door and umbrella behind a cabinet. “She’s learned it all from YouTube.”

A man walks in from the kitchen with a small child clinging desperately to the back of his leg. Arifa introduces us to her husband, Bashar, and youngest daughter, Noor, her round brown eyes peering up at us from her father’s pant leg. Arifa motions down the hallway telling us to make ourselves at home while she checks on dinner, the smell of cumin and cardamom floating from the stove. We carry our bags to the bedroom while her daughters scurry ahead of us.

“We all sleep in here together,” Nadia announces as she plops down on one of the two mattresses laying on the cool tile floor, her long black hair tied into two braids. Despite living in a two bedroom apartment, Arifa sleeps with her husband and daughters in one room. It’s better for them all to sleep together after the trauma of fleeing their home in Iraq.  Sleeping with her babies close provides a sense of security and safety in a world where there is none. I’m starkly aware that this is a measure of fear I’ll never know.

“But tonight,” Nadia announces, “we will sleep in the living room and you three sleep in here––you are our guests!”

We exchange startled looks, hesitant of whether or not to object to the sleeping arrangements, unsure of the nuances of Middle Eastern hosting. Feeling foolish that I had assumed this was the guestroom and not their entire family’s bedroom, I hastily pick up my backpack, ready to apologize for my wrong assumption. I don’t have time to protest as Nadia pulls a laptop onto her legs and begins blasting music videos. Noor, still silent, shoves pictures she has colored in my face.

“Ask her for a back scratch,” Nadia suggests of her younger sister. “She gives great ones.”

Post-dinner, we lounge with Arifa’s family, the table still pulled up to the couch, bowls of fresh dates set before us and the television on low in the background. Noor’s backscratches were evidently all that was needed to break the ice and, squished next to me, she loudly demonstrates counting from zero to ten in English and Arabic.

Arifa passes around tiny tulip-shaped cups of tea and a sugar bowl and begins to tell how and why her family fled to Turkey.

They lived in Northern Iraq in an area called the Ninevah Plain and were fortunate to be close to both their aging parents. They were Chaldean Christians and spoke a dialect of Aramaic, close to the same language Jesus spoke.

In 2014, Arifa and her family made the difficult decision to flee. Christians in this area had long been targets of persecution, government-sanctioned intimidation, and now threats from terrorist groups, which left many feeling afraid for their and their family’s lives.

With only a few hours ahead of ISIS’s invasion, Arifa and Bashar packed only the essentials into suitcases: necessary paperwork, clothes, and family heirlooms, only taking the most valuable possessions. As she lists off the things she chose to pack, my eyes drift to the framed picture of Christ on the cross fixed to the wall above their television.

“There is nothing left for us in Iraq,” Bashar interjects. “The United Nations is––,” he forcefully brushes his hands together then throws them in the air to express his disgust with the lack of help. Arifa and Bashar speak of the frustrations of not being able to resettle their family in a safe and stable place, of living in limbo, of not knowing what tomorrow will hold.

Arifa shows photos she received from a relative still living in Iraq. As she swipes her finger across the phone screen, updated pictures of what was once their home flashed before us. Kitchen cabinets were ripped from the walls. The ISIS symbol was spray-painted over countertops. Her daughters’ toys were scattered on the floor. A rumpled, well-loved doll lay discarded in the corner. Sofas were overturned and carpets ripped to shreds. More graffiti desecrated every surface. The violent photos reveal that their home was no longer a home but a symbol of many who have nothing left to go back to. What once held memories had been stolen and torn into pieces.

“Why are the American churches sleeping?” Bashar punctuates the air in the living room. We have no answer. We sympathetically shrug our shoulders and murmur our apologies, as if saying, “I’m sorry” for an entire nation and its politicians makes up for it. Christian brothers and sisters are being targeted, persecuted, and fleeing their homeland, yet the American Church is sleeping.

He sighs, looking over at his daughters playing quietly on the sofa, shuffling coloring pages and crayons between them. Leaning back against the armchair, with a tea glass in his hand, he sighs, “We cannot go back home and nobody else wants us.”

It’s summer 2018 and Arifia’s family will leave in the next month to Canada once their plane tickets are issued. She’s overjoyed, understandably. They can begin to look forward to a new life where they no longer look over their shoulder, where they no longer sleep on the same mattress or live life with uncertainty and fear.

I’m married now. My husband is a refugee and suddenly the stories I had heard before now hit a lot closer to home. We have been waiting since our wedding in 2017 for the United States to open their doors. Arifa’s family and countless other Iraqi refugees were able to move to Canada in 2018. Knowing the importance of immigration, Canada was the leading host country of formally resettled refugees that year.

I think back to the question Arifa’s husband had asked three years ago: “Why are the American churches sleeping?”

We live in a time where 37,000 people are forced to flee their home every day. As of June 2019, there are 25.9 million refugees in the world –– the highest ever recorded. These numbers show no signs of stopping.

Then why are American Christians sleeping? Are we so saturated in entertainment, in misplaced outrage, in bogus persecution that we cannot look up for a minute to see the suffering going on around us? Are we so focused on the semantics and legalities that we justify away the atrocities with a shrug of a shoulder? Is the “not my problem” attitude one we really want to take on?

In an op-ed to USA Today, Dr. David Curry, CEO and President of Open Doors USA, writes on the detachment we feel when it comes to the Global Church. He describes this indifference as “whistling through the graveyard.” Are we so blinded by our own lives and comforts that we cannot see the death and destruction of our brothers and sisters?

Curry writes, “I envision a world where American Christians remember persecuted Christians in hostile regions in every church, every Sunday. Through these sorts of efforts, I have hope that an awakening is possible.”

The Church is global. We must remember this.

Remember the poor. Visit the prisoner. Feed the hungry. Clothe the naked. Welcome the stranger. Deliver the oppressed. Serve the least. And rise for the marginalized (no matter their country of origin. No matter if they have the right papers).

This is where the Shepherd is. Are we listening or are we sleeping? 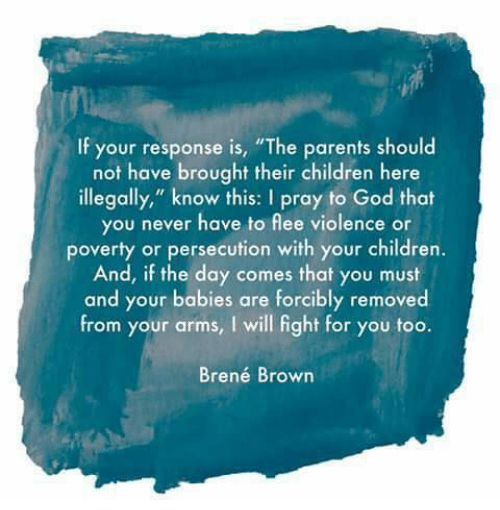 This is part four of a series titled “Stories of Refugees in Turkey”, dedicated to sharing the stories of refugees with hopes of giving readers a look past numbers and statistics into the dreams and lives of real people. Read part one, part two, and part three. (All names have been changed.)